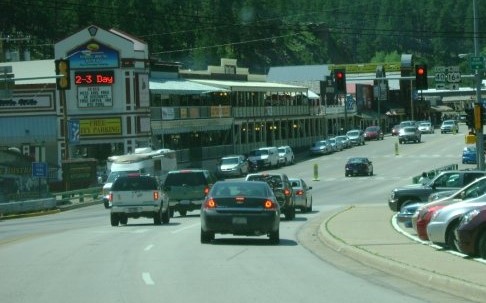 There are more than 212 million licensed drivers in the U.S., and of that number, an estimated seven of them know where to properly affix the renewal sticker on their license plate. Our country is heavily reliant on automobiles, so it’s only natural that you’ll encounter a plethora of amusing individuals every time you back out of your driveway and into the demo derby of life. To help you navigate a world where no one knows how to use a turn signal, here’s a handy field guide to some of the folks you’ll meet (these are all done in jest, so hopefully you can find humor even in the ones that hit close to home).

Frogger: One who darts from lane to lane in an attempt to reach his destination 20 seconds faster. Make no mistake about it: there’s a reason why most of his car is held together by duct tape.

Dave Matthews: Named as such because he has “so much to say,” he plasters the back of his car with bumper stickers, inviting you into his soul. He wants to save the whales, his other vehicle is the USS Enterprise, and his horn is broken, so watch for finger.

Sneeze Guard: A driver who leans forward so far that his face practically touches the windshield. One hard stop and his chin will be bouncing across the front dash.

Feeble Knievels: A moped gang of three or more adolescents who run this town… at least until their 7 pm curfew.

Cardiac Kid: Commonly identified by a giant decal that says “STUDENT DRIVER,” Cardiac Kid also commandeers unmarked vehicles and can be identified by looking for an adult passenger on the verge of a heart attack.

Holding Pattern: Relentlessly circles the block in an attempt to find an open parking spot. Adept at pounding the steering wheel and screaming obscenities at inanimate objects.

Tetris: Uses every inch of his car’s interior for hoarding. He can fit any item into any open space with the right amount of maneuvering, but sadly, has no room for passengers.

Grumpy Jumpy: Impatient driver behind you at a stop light who will honk incessantly if you don’t move forward immediately after the light turns green. These are the same people who let out an audible groan when they have to wait in line at Subway, the post office, or pretty much any place where waiting in line is an expected part of the process.

Space Ace: Mortal enemy of Grumpy Jumpy. When he pulls up behind you at a stop light, he leaves a space in front of him that’s big enough to accommodate a small European nation.

Campaign Manager: Inherently stubborn individual who insists on keeping political bumper stickers from previous elections. Dubya may have won in ’04, but John Kerry lives on forever on Prius bumpers everywhere.

Clown Car: A parent hauling a minivan full of kids. Recognizable by a sense of general irritability and an insatiable need to reach a destination where hard liquor is available.

Derek Morris: Much like Zack’s dad on “Saved by the Bell,” the Derek Morris is glued to his cell phone, oblivious to the cars, road signs, and pedestrians in his general vicinity. He has no time for such trivial matters as staying in his own lane or looking out the windshield.

Little Miss iPhone: The teenage female equivalent of the Derek Morris. Can be identified by a smart phone glued to her nose. Natural habitat is in the middle of a three-car pileup after posting yet another duck-faced selfie on Snapchat.

He hears the rhythm, he feels the beat
As he’s cruising down the street.
The bass is loud, the words are dirty.
He’ll be deaf by the age of thirty.